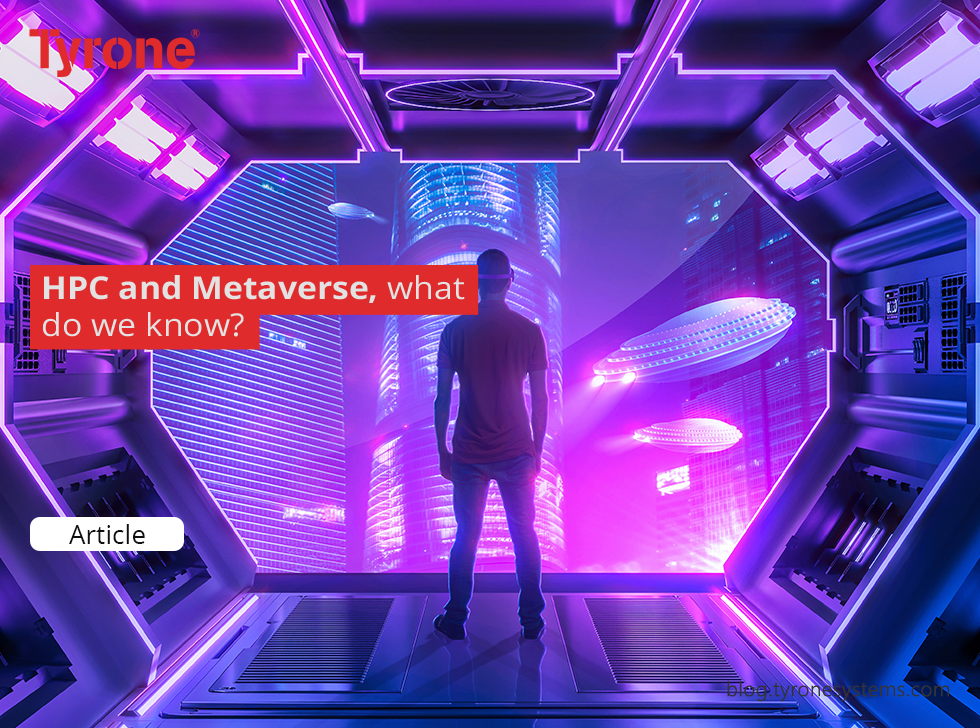 High-Performance Computing Is Required in the Metaverse.

In his 1992 science fiction novel Snow Crash, Neal Stephenson invented the now-popular phrase “metaverse.” The dystopian plot depicted a dark future complete with big brother monitoring, bigotry, misogyny, and hypercapitalism. Everyone is talking about the metaverse today, but the enthusiasm is centered on brighter, more opportunistic notions. These virtual worlds combine social networks, settings driven by artificial intelligence, decentralized governance systems, and high-performance computing (HPC) via Web3 interfaces. Metaverses are still in their early stages, and high-performance computing is not only advantageous for quicker processing, but it is also becoming crucial.

We’ve Come a Long Way, But We’re Only Beginning.

Nobody could have predicted the computational power needs for today’s industry. Weather simulations, protein folding, fraud detection in finance, specialized health care, and smart energy grids are a few examples of high-performance computing applications. The metaverse is now being created in many forms and sizes, but the issue remains: it has been 30 years since Stephenson’s vision of the metaverse was unveiled, but what will the metaverse look like in the next 30 years?

Will there continue to be several decentralized metaverses established in silos, and will they be interpreted in some way? Or will there be a dominating centralized metaverse into which the bulk of the planet will plug? The former resembles the existing situation in which sandbox-style metaverses such as The Sandbox, Axie Infinity, Decentraland, and others dominate the blockchain gaming business. Meta appears to be working on something that resembles a virtualized version of Facebook. Though we can’t anticipate what the future of the metaverse will look like, we can bet that it will require massive computer power to run it.

More power is required, and HPC is critical.

Will we be relying on our graphics cards and CPUs to create a flawless and delightful metaverse experience in the future? Due to troubles with their specialized graphics card, autonomous players frequently experience performance issues such as lost frames, stuttering, or slow movements. A minor driver update should fix the problem, but what about impending triple-A games?

Should you have to update your graphics hardware every time a new metaverse game is released? This seems similar to the PC gaming business, where you must continuously pay to improve your hardware. Cloud-based gaming is already taking off in the console market, where digital downloads are becoming the standard. Though Stadia, Google’s cloud gaming platform, did not take off, the attempt to revolutionize gaming using cloud-based HPC was still brave. It should, however, provide insight into the future of metaverses and where the leaders of Silicon Valley are leading us.

“The metaverse may be the next significant platform in computing after the world wide web and mobile,” a metaverse specialist said regarding Web3 and the metaverse. He says we have a long way to go and that “our computing, storage, and networking infrastructure today is just insufficient to accomplish this ambition.” He anticipates a 1000x boost in processing efficiency from today’s technology state to produce a genuinely immersive metaverse experience at scale that is accessible in real-time by billions of people.

Why do we require such a large amount of high-performance computing power?

It’s all about constructing a virtual environment in cyberspace. When video games were initially introduced, the globe was instantaneously enthralled. Today, such graphics are just insufficient for players. Thus we took a generational breakthrough in terms of graphical capability and processing power required by current-generation games. Metaverses will change, much as video games did from 8-bit to virtual reality, and we are already witnessing it in computational needs.

We will need high-performance computers to power the future metaverse, which will demand real-time data processing and a lot of it. This involves using artificial intelligence in environment design, generating 3D environments and character motions, and developing predictive weather models, among other things. This is why Meta partnered up with several leading AI supercomputer organizations exclusively to power the metaverse. Metaverses are a big topic right now, and there are plenty to choose from. Which will thrive in the following decades? Nobody knows for sure, but one thing is certain: we will continue to rely on high-performance computation to power these metaverses.

How is the Oil and Gas Sector Leveraging HPC?

Disaster management with HPC and AI

How CIOs and CTOs can Impact the Success of Organizations and Shape the Future of Our World through HPC?

Author AuthorPosted on December 10, 2021
Businesses and establishments had been already massive on generation before the arrival of the Coronavirus pandemic however the transition was exceptionally slow when it...
Read More

How is Artificial Intelligence Contributing to the Education Sector During Pandemic

Author AuthorPosted on July 26, 2021
The education sector has been affected by the digital revolution. Schools are closing and universities are moving into e-learning. Many teachers, as well as...
Read More

A Brief Guide to the Kubernetes Networking Demystified

Author AuthorPosted on June 28, 2021
Machine Learning use cases in the Telecom sector to enhance the quality of resources and critical performance matrix. There are different ways, which can...
Read More

Article
Author adminPosted on November 14, 2022November 22, 2022
Natural catastrophes are the most often occurring news items in the present decade. From horrific wildfires that annihilate entire neighborhoods to hurricanes that destroy...
Read More

SlideShare
Author adminPosted on November 12, 2022November 23, 2022
There are only a few industries as renowned for massive investments in the highest end of computing technology as the oil and gas sector....
Read More

Infographics
Author adminPosted on November 9, 2022November 9, 2022
When people think of the energy industry, they may not think of high performance computing systems and artificial intelligence engines churning through massive amounts...
Read More