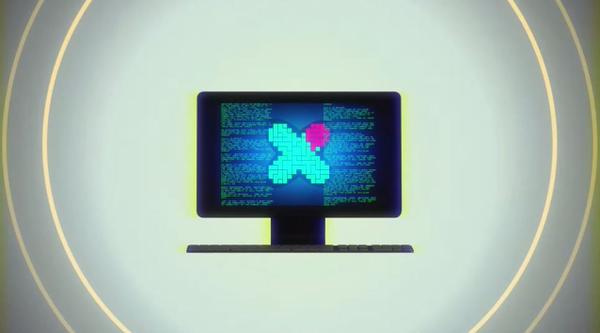 Medical physicists at the University of Texas Southwestern Medical Center are latching on to advances in the computational speed of graphics processing units (GPUs) to drastically reduce the time required to calculate radiation therapy plans. The approach also increases the accuracy of calculations, allowing for faster, more precise, and more adaptable treatment of cancer patients.
Leading the push to adopt this new approach is Dr. Steve Jiang, the university’s Director of the Division of Medical Physics and Engineering and Professor and Vice Chairman of Radiation Oncology. He’s been conducting research into GPU usage in the field for several years, dating back to his time as a professor at the University of California, San Diego, and has determined that the graphics processors of today can reduce the time required for a particularly complex proton radiotherapy calculation from 70 hours to a mere 10 seconds.
Proton radiotherapy is a special kind of radiation therapy that involves delivering a prescribed radiation dose via a proton beam, rather than the conventional high-energy x-ray beam. The main difference is that the proton beam spares surrounding organs and healthy tissue, localizing more of the radiation in the cancerous areas. Its distribution must be calculated to a very high degree of accuracy, however, or the target area will be under-radiated and the surrounding healthy tissue will cop the excess.
The calculations are complicated and time-intensive, while the needs of treatment typically favor fast action to snuff out the cancer before it spreads further, or before the patient’s tumor changes in geometry. Something has to give, or rather it had to.


Proton therapy distributes the radiation dose in a series of beams of varied intensity that affect the cancerous region and little else, whereas a more traditional x-ray beam does significant damage to surrounding tissue (Image: MarkFilipak)
The general-purpose GPU built into personal computers and game consoles offers a means to have the best of both worlds, thanks to rapid advancements spurred largely by the video-game market’s insatiable appetite for more realistic graphics and physics at higher resolutions and smoother frame rates.
Current GPUs can process massive amounts of data in thousands of parallel threads, and pioneering work by Dr. Jiang and others has made it possible to leverage this computational power for radiotherapy dose calculations, treatment planning, high spatial/temporal resolution image processing, and 3D/4D tomography reconstruction in routine clinical practice.
Where many other fields of science, such as astronomy and computational biology, can rely on distributed clusters of CPUs, the clinical environment of medical physics – wherein a patient enters a clinic needing treatment for cancer – requires solutions that are smaller in size and cheaper in cost. Coupled with their ability to tackle a greater number of small calculations in parallel, GPUs are ideally suited to the task.
The emerging GPU-based approach to radiotherapy planning allows new calculations to be made before each treatment, instead of relying on old, potentially inaccurate data from the beginning of proceedings some weeks before. “The main idea is to change the way we treat patients,” Dr. Jiang said. “If someone has a cancer, you want to treat the disease immediately and precisely. The current slower calculations require patients to wait for about a week to receive the first radiation treatment after consulting with doctors.”
And it’s only going to get better. GPU-based radiation therapy remains relatively new and immature as a field of research, having only emerged as a viable strategy in the past few years. The physicians will improve their software, and companies like Nvidia, Intel, and AMD will keep pumping out faster, more efficient, more powerful GPUs because video game players and developers demand it. As Dr. Jiang said, “Market forces are strong and act much quicker than federal or state research funding mechanisms.”
Source:
(http://www.gizmag.com/gpu-accelerate-proton-radiotherapy-cancer/32072/)
Preview post

Author adminPosted on June 11, 2015
Another episode of Two2Tango! This session is about Cloud Computing and how it works. Cloud computing is computing in which large groups of remote...
Read More

Author adminPosted on January 17, 2017
#HighPerformanceComputing in 2 Minutes. In this video, you’ll see how companies across industries including financial services, are using #HPC and #DataAnalytics to become more...
Read More

Author adminPosted on May 5, 2015
Cloud computing enables companies to consume compute resources as a utility — just like electricity — rather than having to build and maintain computing...
Read More

What are the Benefits of Cloud Computing

Author adminPosted on May 1, 2015
Why move to the cloud? There are plenty of good reasons, but mainly it makes good business sense. You can call it efficiency, or...
Read More