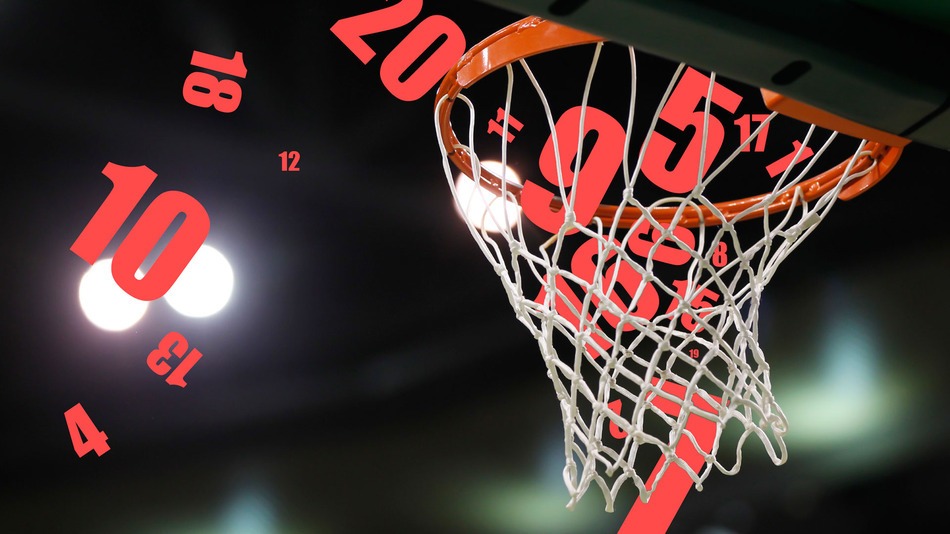 When it comes to getting more wins and championships, sports teams will look for any edge they can find that will put them over the competition. Perhaps it’s signing a superstar to the team. Or maybe it’s drafting that promising up-and-comer. Or perhaps it’s investing more in scouting and training. No single answer can account for a team’s success, but one new area of technology is quickly proving to be a valuable strategy for every sport out there: big data.While mostly associated with the business world, big data has made some major inroads in sports. What started in baseball with the Moneyball phenomenon has quickly transformed into a movement featuring some of the latest technological advancements and brilliant analytical minds. If a team wants to taste long-lasting success, big data seems to be the way to go.

Analytics and big data have potential in many industries, but they are on the cups of scoring major points in sports.

1. Better Precision in the Strike Zone

In baseball, Pitchf/x technology from Sportvision has been installed in all 30 Major League Baseball Stadiums to track pitches during games. Sportvision has a suite of other technologies for baseball, football and motor sports. However, nothing has replaced the judgment calls umpires have to make at the plate in real-time, says Hank Adams, CEO of Sportvision. “Sportvision technology is being adapted to use for referees and umpires. We can very accurately determine if something is a strike or a ball.”

For now, umpires still rely on the naked eye to call a strike or ball and until the technology or baseball rules evolve, catchers like Jose Molina will still be able to game the system.

On the fan side, statistic enthusiasts have a slew of websites they can visit to see breakdowns of their favorite players and slices and dices of specific games and plays.

“We take that data and organize it to make it understandable to average people. We can see how pitchers performance has changed in a certain game. Or pull up a map of what an umpire’s strike/ball calls are and see the strike zone’s shape and size,” says Dan Brooks, founder and lead developer of BrooksBaseball.net, a website that makes sports statistics digestible for sports fans.

Many technology vendors are trying to get into the wearable technology market, given the interest in devices like Google Glass and fitness trackers.

Adidas has a system called miCoach that works by having players attach a wearable device to their jerseys. Data from the device shows the coach who the top performers are and who needs rest. It also provides real-time stats on each player, such as speed, heart rate and acceleration.

That kind of real-time data could help trainers and physicians plan for better training and conditioning. Matt Hasselbeck, a quarterback for the Indianapolis Colts, says he’s in favor of technology that helps with player safety. “[By]checking hydration levels or tracking hits to the head, we could start collecting that data now to make sports safer.”

4. Live on the Field Data Collection

Currently, lots of data is collected manually during games and sports competitions. But much of the live data moves so fast that it’s a moment lost in time. One company trying to log more of the live data is Zebra Technologies. The company makes RFID tags, as part of their MotionWorks Sports Solution, that attach to equipment, balls and players to track movement, distance and speed. The tags blink 25 times per second and deliver data in 120 milliseconds. Another company, SportVU has six cameras in each NBA arena that collect data on the movements on every player and movements of the basketball 25x per second.

Analytics can advance the sports fans’ experience as teams and ticket vendors compete with the at-home experience — the better they know their fans, the better they can cater to them.”It’s about knowing when a fan is interested in an opposing team coming to town or whether a 4 p.m. game is not too late for them. It’s about hitting them with that communication when they are in the decision mindset and giving season ticket holders more incentive to keep coming and retain their tickets,” says John Forese, senior vice president and general manager of LiveAnalytics, a LiveNation data, analytics and research company.

Data analysts could help deliver the most important data sets to coaches for better results on the field. Brian Burke, founder of the website Advanced NFL Stats, says data could help coaches and players make more informed decisions that could decide wins and losses.

“In football, the low hanging fruit in analytics is in coaches’ decision making. Things like punting on 4th and 1 used to make sense but maybe not anymore,” Burke says. “Offenses are better and it’s easier to get 2 point conversions.”

The future of sports with big data is a bright one indeed. As the technology improves and more experts enter the field, teams will only become more adept at interpreting and using data to become more successful. The level of competition will increase, and more excitement will result. In the end, everyone involved, from the teams to the players to the fans, will benefit.

What is Green Computing?

Author adminPosted on July 24, 2018
Embracing big data for the future of healthcare, a radical transformation in the way patients receive treatment. When you, as a patient, sit in...
Read More

Author adminPosted on June 15, 2015
John and Kathy Halamka met on their first day in their freshman dorm at Stanford. They decided almost instantly that they made the perfect team:...
Read More

How Do You Judge A Good Data Scientist With Just 5 Questions?

Author adminPosted on November 7, 2017
Read Samuel Pong‘s answer to How do you judge a good Data scientist with just 5 questions? on Quora
Read More