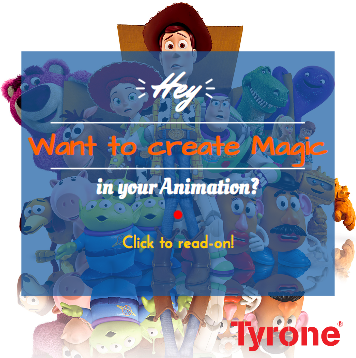 Animation studios constantly endeavor to create magic that is better and more saleable than the last one. They work under tight deadlines pressure to create and release their movies.
One of the most compute intensive phase in this complex process is- Rendering.  Rendering requires huge data crunching efforts and hence is also the most time consuming. But with high performance computing, not only can animators do rendering in a jiffy now but also release the movies as per schedule.

Why the need for HPC in Rendering:

·      Local machine rendering leads to loss of productivity of the artists.
·      The common network distributed rendering softwares create a lot of IO and network bottlenecks.
·      When the number of render scenes increases, there are more requirements for compute power; HPC is the ideal solution for it.
·      High efficiency, stability and performance.
Here’s an interesting video by Dreamworks explaining the need for HPC. You may enjoy
watching it:
Given that millions of scientists, engineers, researchers, and even animation designers around the world are seeing the need for bigger, faster, and more powerful computing solutions, there is an unmet demand for supercomputers at affordable prices.
Tyrone presents, Global Processing Unit (GPU) powered supercomputing clusters, also called GPGPU, provide access to massive computing capacity while reducing energy consumption.

Here is what you get with a Tyrone personal supercomputer powered by NVIDIA’s revolutionary CUDA architecture: Peak Performance        18.5 teraflops of computing capability in Tower

How to Prepare Your Enterprise Storage Solution for Big Data

Author adminPosted on July 26, 2018
If it comes to preparing for the storage solution for big data, the most important thing is to store data as close as possible...
Read More

Author adminPosted on July 10, 2019
It goes without saying that all companies and organizations want to succeed and want to make a name for them. This statement also holds...
Read More

What are the Benefits of Cloud Computing

Author adminPosted on May 1, 2015
Why move to the cloud? There are plenty of good reasons, but mainly it makes good business sense. You can call it efficiency, or...
Read More

Author adminPosted on May 11, 2015
Not everyone is clear on what cloud computing is and how it operates – in fact, many people are as cloudy on the matter...
Read More