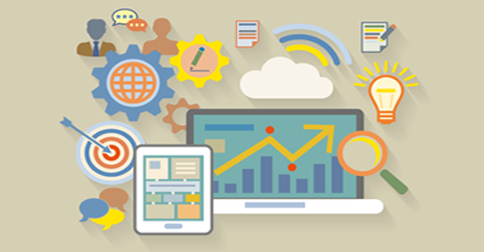 Everyone knows that the Internet has changed how businesses operate, governments function, and people live. But a new, less visible technological trend is just as transformative: “big data.” Big data starts with the fact that there is a lot more information floating around these days than ever before, and it is being put to extraordinary new uses. Big data is distinct from the Internet, although the Web makes it much easier to collect and share data. Big data is about more than just communication: the idea is that we can learn from a large body of information things that we could not comprehend when we used only smaller amounts.

This explosion of data is relatively new. As recently as the year 2000, only one-quarter of all the world’s stored information was digital. The rest was preserved on paper, film, and other analog media. But because the amount of digital data expands so quickly — doubling around every three years — that situation was swiftly inverted. Today, less than two percent of all stored information is nondigital.

Given this massive scale, it is tempting to understand big data solely in terms of size. But that would be misleading. Big data is also characterized by the ability to render into data many aspects of the world that have never been quantified before; call it “datafication.” For example, location has been datafied, first with the invention of longitude and latitude, and more recently with GPS satellite systems. Words are treated as data when computers mine centuries’ worth of books. Even friendships and “likes” are datafied, via Facebook.

This kind of data is being put to incredible new uses with the assistance of inexpensive computer memory, powerful processors, smart algorithms, clever software, and math that borrows from basic statistics. Instead of trying to “teach” a computer how to do things, such as drive a car or translate between languages, which artificial-intelligence experts have tried unsuccessfully to do for decades, the new approach is to feed enough data into a computer so that it can infer the probability that, say, a traffic light is green and not red or that, in a certain context,lumière is a more appropriate substitute for “light” than léger.

The Internet has reshaped how humanity communicates. Big data is different: it marks a transformation in how society processes information. In time, big data might change our way of thinking about the world. As we tap ever more data to understand events and make decisions, we are likely to discover that many aspects of life are probabilistic, rather than certain.

Here are ways in which big data is changing Digital Age:

Thanks to Big Data, overall stress has decreased for countless companies. How so? For one, it creates an incredible amount of transparency by providing key data that was never available. Further, no more do we have to worry constantly about servers handling it properly, which is a monstrous weight lifted off the minds of entrepreneurs and business owners. For being such a terrifying idea, Big Data alleviates a great deal of stress, making it a crucial development for everyone, no matter how big their business when properly controlled and managed with the right database management system.

Depending on volume, Big Data may need unprecedented scaling, creating more opportunities for companies than they know what to do with. In five years, companies that don’t embrace Big Data will be seen in the same light as those that don’t embrace social media – it’s such a crucial element of business that it’ll be practically required for basic success. Many companies have effectively solved all aspects of Big Data with modern databases such as the Gensonix NoSQL DB fromScientel. More than 80% of today’s Big Data is unstructured (content) while only about 20% is structured (business) data. Content Management has not been well adopted by corporations as well as people mainly due to cost and complexity. Scientel’s “My little Big Data” system is a content management system ideally suited for small businesses, as well as people and managers. “There’s no denying it; Big Data is more important than ever,” says Norman Kutemperor from Scientel. “More and more businesses are embracing Big Data and appreciating its value, which has permanently changed the way entrepreneurs work. Denying the growing prominence of Big Data is frankly wrong and absolute solutions for Big Data such as Gensonix – the industry’s first polymorphic NoSQL DB are critical to business success.”

As Big Data continues to grow in prominence, everything gradually leans closer and closer to the virtual world, which has some excellent perks. Because of this, regular software tests and updates are diminished, creating a more natural and self-reliant system. Plus, we live in a culture that absolutely loves virtual and digital business – Big Data is the next big thing to be embraced, and for good reason. Nilanjan Mitra Thakur of ConnectCust tells me, “Advanced Analytics has a big role to play in Digital Consumer Engagement where understanding consumers’ preference is essential to pre-engaging them before they embark upon the path to buy. ConnectCust, the Next Generation Marketing Analytics solution, addresses this core aspect of consumer engagement effectively, applying advanced analytics and data science. For example, a working mom purchasing back-to-school products for kids can also be targeted for modern office attire fitting her taste and affinity and her response to personalized campaigns can be tracked accurately. Tracking customer response adds significant value to accurate segmentation and improves accuracy of personalization which can be measured through ROI driven metrics.” Similarly, Jade Huang of StyleSage tells me, “With so much digital content and commerce happening in the online and mobile world, savvy retailers and brands can now identify trends in consumer preferences and market signals across the globe, so they can react faster with relevant product offerings. For example, if a major department store sold out of dark blue distressed skinny jeans online in a short period of time, it can be a signal that this style is popular — and a fast fashion brand like H&M for example, can quickly replicate that style and sell in its stores — just in time for other consumers looking for similar items.”

How Smart Data Is So Much Important Than Big Data?

Author adminPosted on April 29, 2015
Planning to Invest Big Data and Analytics? Here are some Big Data influencers you should consider following, to get great insights on how to leverage the...
Read More

Author adminPosted on June 10, 2015
Data science skills that potential data scientists must have to be competitive in this growing marketplace from the perspective of a recruiter. Some of...
Read More

Author adminPosted on May 13, 2015
How to put all that big data to use? Abide by the five characteristics of organisations that successfully implemented a big data strategy. Nowadays,...
Read More
articles Big Data
Author adminPosted on December 14, 2016
The popularity of Big Data lies within its broad definition of employing high volume, velocity, and variety data sets that are difficult to manage and...
Read More